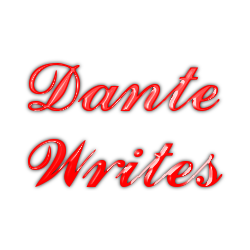 So…this could be the end of my status as a brother as I know it. But, I wanna ask an honest question. A question that some people in my circles really think shouldn’t be asked.

Can you have a best sibling?

My answer is yes, and it’s not even a thought.

I compare it to friends. We have plenty of friends, but we only have that one or maybe two best friends. They are the best for whatever reason. You get along best with them. You feel a certain connection to them. Talking to them is easy. Maybe it’s your history and what you’ve been through. A number of things brings you to decide who your best friend is.

And of course, I feel like this applies to siblings. Now, I have six sisters. Three types of sisters:

My whole thing is, the oldest is in her mid 30’s and the youngest is entering her teenage years. I’m not likely going to have the same relationship with my youngest sister as my oldest sister. It just ain’t happening.

By the way, I have a favorite sister; but a best sister is a little different for me. Ha!

Anyway, each of these women (and the one kid) are my sisters. No doubt about it. It’s easy. But, when it comes to my relationship dynamics and stuff like that, I don’t think it’s a bad thing to say that I have a best sister. I just don’t think it that way. I think it’s normal.

I love all of my sisters equally. That’s why they are all my sisters, even if only two of them are by blood. There are no “secondary” sisters or whatever. But, I probably have a best sister. I don’t know. I haven’t thought about it. I just started thinking about the concept. I know who my favorite it; the one who holds a very special place in my heart; but I don’t know my best is.

And when I say “best”, it sounds like a competition. It’s not. That’s not my point. Like I described with friends, this sister and I just are able to talk about whatever. There’s a bond. That’s how I imagine it. There is a bond.

I think that’s what best friends are built on. A bond. And I think the sibling is the same way.

But, what do you think? Can best siblings exist? Do you have one?